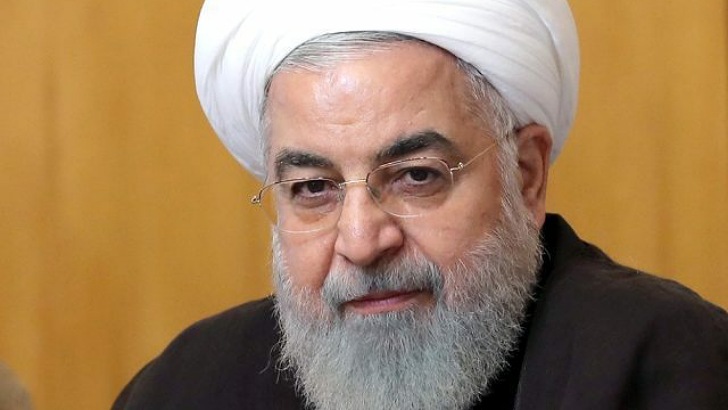 The Islamic Republic’s volte face on the fate of Ukrainian International Airlines Flight 752 has tempted Iran-watchers to speculate that the tragedy could be a “Chernobyl moment” for the regime in Tehran. Implicit in this analogy is the hope that the shooting down of the jetliner foreshadows the end of the theocratic state, just as the disaster in the outskirts of Pripyat 33 years ago foreshadowed the end of the Soviet Union.

The temptation to make the comparison is understandable — and not only because the recent award-winning HBO/Sky miniseries has refreshed minds about the nuclear catastrophe and reminded us about how it connects to the meltdown of the Communist empire.

There are some obvious parallels. The sequence of Tehran’s responses to the downing of Flight 752 was similar to that of Moscow’s after the explosion in Chernobyl: denial, crude attempts at a cover-up, exposure by foreign governments, followed by a grudging acknowledgment — and finally an apology, laden with caveats and blame-shifting.

There are parallels, too, in the political backdrops to both events: As was the USSR, the Islamic Republic is isolated, its economy in shambles. The regime has long since cut loose from its ideological moorings; it has little to offer a sullen populace but old bromides about American perfidy. The widespread street protests across Iran over the weekend showed that Iranians aren’t persuaded by this kind of stale propaganda any more than the citizens of the Soviet Union were in 1986.

Alas, the similarities end there. There is no Mikhail Gorbachev in Tehran to recognize the hollowness of the regime and tap popular discontent to unleash the political reforms that would, three years after Chernobyl, close the Soviet era. Hopes that President Hassan Rouhani would be “Iran’s Gorbachev” were always hopelessly misplaced, not least because he has no real power.

The man who does, Supreme Leader Ali Khamenei, is as far removed from Gorbachev as it is possible to imagine in modern times. Instead, he is fully devoted to preserving his office, and the theocratic underpinnings of the Islamic Republic. He has no qualms about slaughtering hundreds of Iranians — and hundreds of thousands of Arabs in Syria, Iraq, Lebanon and Yemen — to safeguard these ends.

He also enjoys the unshaking loyalty of the Islamic Revolutionary Guards Corps and Basij irregulars within Iran, and a network of terrorist groups and proxy militias throughout the Middle East. Might the tragedy of Flight 752 soften the hearts of those who kill and maim at Khamenei’s pleasure? Chance would be a fine thing.

NOVOAIR has announced 10% discount on the ticket fare

Air Canada to lay off up to 60% employees

Cathay Pacific : 90 Per cent of staff agree to second round of unpaid leave

Emirates to fly over 50 cities in July